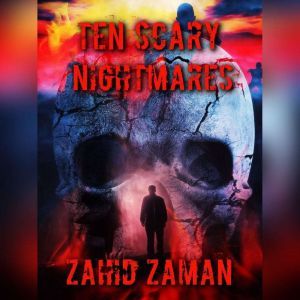 Ten Scary Nightmares brings you ten tales of mouth watering delicious terror, read and be thrilled and entertained by a phone call from hell in the first title, a chance at a second life, a virus which is so deadly it can wipe out the human race in days, a young boy with horns who is always there where there is strife.

All these tales are for the witching hour and will give you the fright of your life, are you ready to be terrified yet, if so turn these hallowed pages and read on.