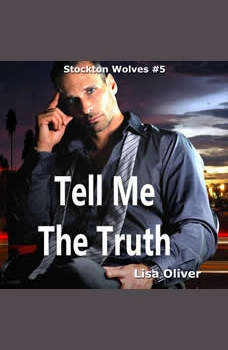 Tell Me The Truth

Special Agent Niclas Draig was on a mission...well, he was supposed to be. But when sent to Stockton with his partner Jack, to investigate what looked like the work of a serial killer, he walked into the Captain's office and found himself looking at his mate. A mate, who's delicious scent was tinged with deceit as the man looked him in the eye and lied to his face.

Captain Anthony Reynolds was getting tired of the way paranormals played fast and loose with the law and his life. Eighteen months from retirement, the last thing he expected when the FBI came in was to have such a physical reaction to one of the agents. When the same agent blasts him two weeks later for lying, Tony knew his life was going to change. He'd been around paranormals enough to know exactly what the word mate meant. But that didn't mean he had to accept it.

An unguarded moment, a flash of teeth and both men's lives change. Their mating causes problems from every angle and...an unexpected bonus. An abduction, a bomb and Nico's interfering family - will Nico and Tony ever get their HEA?