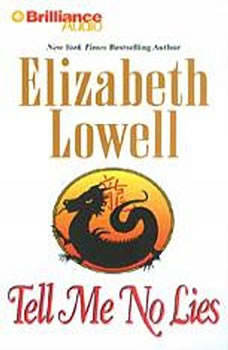 Tell Me No Lies

Lindsay Danner. Her worldwide reputation as an expert in ancient treasures and her knowledge of the international art market make her the perfect pawn in a deadly game. But she needs protection. Jacob MacArthur Catlin. A renegade ex-CIA agent whose name is still whispered in tones of hatred and admiration throughout Southeast Asia. Now it is his job to make sure Lindsay Danner succeeds . . .and lives. Two puppets on a string. In a maze of intrigue, where each deadly twist and turn leads deeper into deception and forbidden desire, friends can be enemies. Truth may be lies. Trust is a dirty word. And the only chance of getting out of this game means breaking all the rules.