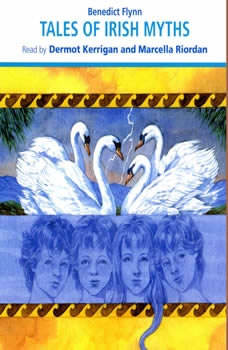 Three key stories from the mists of Irish legend retold by Benedict Flynn, with atmospheric music and sound effects. Enter a mysterious world where the line between the fantastical and the real is blurred mortals and immortals live strange entwined lives and nature and high magic exist side by side.