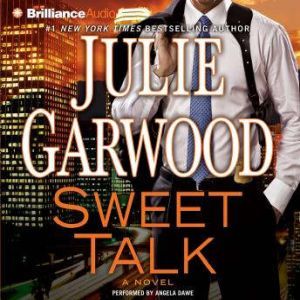 When FBI agent Grayson Kincaid first encounters Olivia MacKenzie, she makes quite an impression.The beautiful, tough young attorney has stumbled into the middle of an FBI sting operation and reduced it to chaos. Months of surveillance and careful planning down the drain, Kincaid’s partner is furious and lets Olivia know that she’s ticked off the wrong guy. After all, he’s FBI.But Olivia isn’t intimidated by his partner’s bullying because she’s something even scarier…she’s IRS.And working for the IRS is no picnic. She’s on the trail of an elaborate Ponzi scheme, one that threatens to ruin the lives of naive and unsuspecting victims, and one she has personal reasons to be angry about. But after she asks the wrong people questions, her life is suddenly endangered. She’s accustomed to looking out for others who are weak, but being vulnerable herself makes her realize she needs help. In desperation, she calls Grayson Kincaid.Together they join forces to fight corruption, but Olivia is also fighting the immediate and intense attraction she feels for Agent Kincaid, and that may be a battle she is bound to lose.“As always, Ms. Garwood creates engaging characters who come alive page after page. The banter and interaction between Ellie and Max is beyond charming. Ellie is a spirited and strong heroine, and Max is charming in a stoic, gruff sort of way.” —New York Journal of Books on The Ideal Man“Julie Garwood creates masterpieces every time she writes a book. Indeed, she is the Rembrandt of romance novels.” —The Kansas City Star“Julie Garwood has become a trusted brand name in romantic fiction.” —People“It’s [Garwood’s] timely subjects set against a timeless background that attract so many modern readers.” —USA Today

Julie Garwood writes novels that always keep ones interest. This one is fast paced and fun to listen to. I jhad a hard time furning it off! the characters are well developed and, as usual, her females are strong and interesting. A good, fun read overall.