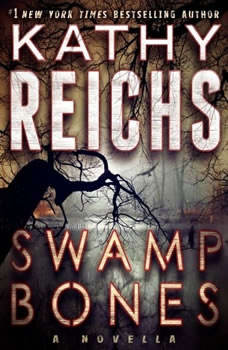 Although a trip to Florida is supposed to be about rest and relaxation, there’s no such thing as a day off for Dr. Temperance Brennan. She has come to visit her friend, a dedicated ornithologist who’s researching the threat that intrusive Burmese pythons pose to indigenous bird species in the Everglades. While sorting through the stomach of an eighteen-foot specimen, they make a disturbing discovery: bones that are unmistakably human. And when Tempe spots the telltale signs of murder by a very different kind of predator, she’s drawn into a case with its roots in the darkest depths of the swamp.

Praise for the novels of Kathy Reichs

“[Reichs is] a genius at building suspense.”—New York Daily News

“Every minute in the morgue with Tempe is golden.”—The New York Times Book Review