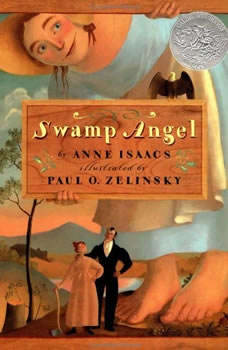 Swamp Angel can lasso a tornado, and drink an entire lake dry. She single-handedly defeats the fearsome bear known as Thundering Tarnation, wrestling him from the top of the Great Smoky Mountains to the bottom of a deep lake.