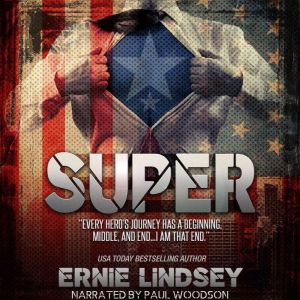 "Every hero's journey has a beginning, middle, and end...I am that end."

A world mourning a fallen superhero.

A president targeted for assassination.

A conspiracy that runs deeper than anyone suspects.

Leo Craft is the best at what he does; he assassinates superheroes, but only the ones who deserve it. Life is good, simple, until an ultra-secretive government agency hires Leo to execute two impossible tasks: eliminate the world's foremost superhero, Patriotman, and hunt down a fellow assassin whose target is the President of the United States.

When everyone wears a mask, trust is hard to come by - and even the elusive truth can be caught in a web of lies.