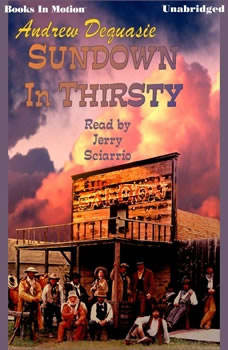 Among the dusty, deserted mining towns of the Old West is Thirsty, Idaho. Stories from the town's turbulent and comic history are exuberantly told by a young boy just as his grandfather related them. Stories of a time when the only law in town was hard ho