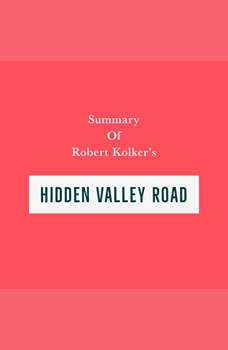 Buy now to get the insights from Robert Kolker's Hidden Valley Road.

2) Mimi’s marriage was not the happy, romantic one she had envisioned before her wedding with the dreamy and handsome Don. After their wedding in 1944 in Tijuana, Mimi would not see Don for long periods of time. She would joke that he would only come around to get her pregnant.