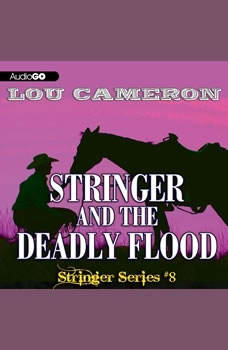 Stringer and the Deadly Flood

Everyone knows that Salton's Sink is the driest patch of greasewood in the whole damned Colorado Desert. So when a slick land syndicate promises cheap water to a pack of greenhorn settlers, Stringer is more than a mite suspicious. One booze-thirsty engineer knows the truth about International Irrigation, but he's six feet under with a chest full of lead. Just a drunk's bad luck? Maybe, but Stringer's hanging on to his Winchester because in the Colorado Desert, the cheapest piece of land a man can buy is an unmarked grave.