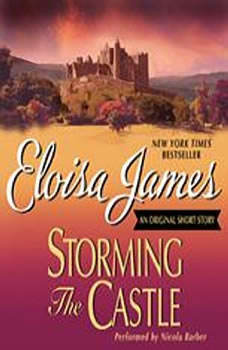 Featuring the handsome and mysterious Wick from A Kiss At Midnight. What Miss Phillipa Damson needs is a good, old fashioned knight in shining armor. What she has is a fiancé she never wanted and a compelling urge to run away. But if she manages to escape, will she find her happily ever after?

To say, it runs in the family, is an understatement when referring to the writing career of author, Mary Bly. Her credentials are impeccable with degrees from various prestigious schools, such as Harvard, Oxford, and Yale. She is a tenured professor on William Shakespeare, and has published with the Oxford University Press.

While attending the University of Virginia on a humanities fellowship, Bly began writing romance novels. Granted, the novels are not modern day romance, but set in England's Regency Period, where her incomparable knowledge of William Shakespeare serves as an added bonus in her works. She began this genre of writing to expedite paying off her student loans. Her first attempt was very well received.......The Pleasure Trilogy......and sold many copies in hardback, and her advance payment from the book paid off that student loan debt. After that, she decided to publish under the pseudonym of Eloisa James and to only publish in paperback format. It was more of a mass-market plan. Both worked in her favor.

Most of Bly's novels are not typical in character for the romance genre. Most have a very beautiful female character and a romantic interest in a handsome male character. Bly deviates from the norm by featuring a plump female character, or a hero who annulled a marriage because of impotence. Women friends or sisters play important roles in a Bly novel, because she places importance on those relationships in her own life. Most of her novels are in trilogy form or groups of four. That format gives her more story line time to develop interesting characters.

It was several years before Bly uncovered her secret second career to her intellectually snooty colleagues. She even disguised her appearance when she addressed each group, readers of her novels, and colleagues. When she realized how popular her novels were with her readers, she revealed her secret by giving each faculty colleague a copy of her latest novel. It was well received by all. And for the fact that the talent runs in the family, Mary Bly's (Eloisa James) Father, Mother, and Uncle were writers. Her romance novels are very popular all around the world.