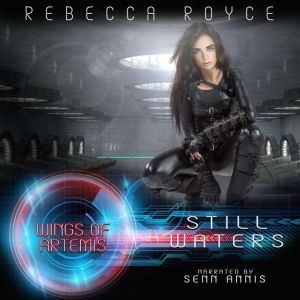 A smile can hide secrets…

Amber Delacroix Chen survived the hellish Evander bombing of Oceania to escape to The Farm. On the run from a miserable, unloved, and abused existence, she starts over. Safe amongst friends and family, she studies to be a doctor and to help in the war effort. Life at The Farm is often fraught with danger, but she’s faced worse.

A smile can hide pain…

The need to reclaim one part of her past brings a fleet to their doorstep. Amari Chen, the negotiator and businessman, the one who leads. Hunter Chen, the engineer, the one who fixes things. Shane Chen, the scientist, the one who heals. Her husbands have come to claim their wife and they will not let anything stand in their way, even if it means confronting their own failures. Still waters run deep in the Chen family, but their love for Amber runs deeper.

War is coming for them all…