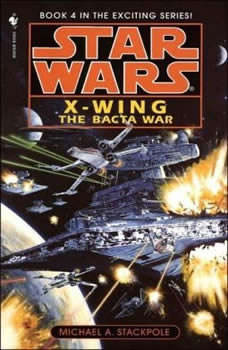 When the Alliance Fleet mounts a major campaign against a deadly warlord, tyrant Ysanne Isard has taken control of Thyferra, intending to use its supply of medicinal bacta to destabilize and destroy the New Republic. Undermanned, deprived of Alliance support, Rogue Squadron must oppose Isard's plans, defeat her Star Destroyer fleet, and free Thyferra from her rule in a winner-take-all battle against a seemingly superior force.From the Paperback edition.