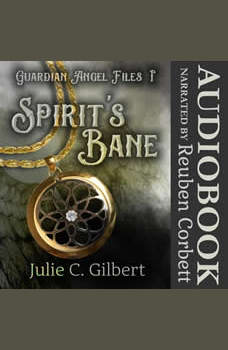 Lucifer has noticed. As with all young angels on the Guardian path, Allister and Mina undertake a wide variety of missions to discover their Gifts. Meanwhile, Satan and his top lieutenants have a new secret weapon to test, so they set a trap for the pair.

Now, the Guardian Angel candidates need protection. If Spirit's Bane successfully destroys the angels of light, the last line of defense between humans and demons will disappear.

Please note: This book is the first in the Guardian Angel Files series. It should be experienced before Kindred Spirits. Although there are Christian influences in the book, it's clearly speculative fiction (fantasy).