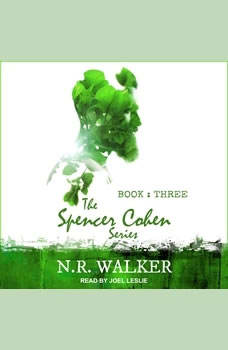 Learning to be in a committed relationship has been easy for Spencer. In fact, too easy. Andrew has fit into his life seamlessly. Spencer's let go of his insecurities and hang-ups, and he and Andrew are enjoying where things are headed. For the first time in years, Spencer's life is unbelievably perfect. Andrew overthinks everything. So when Spencer gets a phone call from Australia, he's certain Spencer will push him away. But instead of driving them apart, maybe it will solidify what they already have. Maybe Spencer will depend on Andrew more than ever. Maybe the Spencer Cohen story will come full circle, and maybe, just maybe, Spencer will have the happily ever after he never thought possible. Contains mature themes.