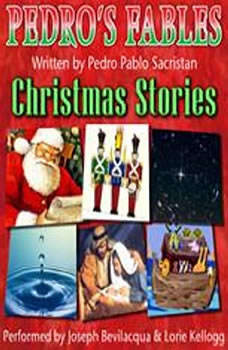 Visit Santa at the North Pole, witness the birth of Baby Jesus, go inside Noahs Ark, and more! These ten timeless short stories, by noted Spanish childrens author Pedro Pablo Sacristan, will charm and entertain your whole family. Christmas stories include: The Best Choice, A Forced Christmas, Bula the Traveler, Christmas Presents, The Please-O-Meter, and The Little Christmas Star. Other stories include: The Tidy Toys, The Match and the Toy Men, Problems on the Ark, A Colorful Head, A Drop of Water, and Balloon Acrobatics.