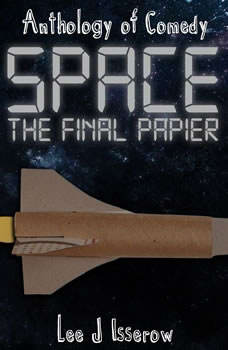 The 1960s. A world before modern building materials. A world where man only dreamed of space exploration. A world in which everything was made from paper. The intrepid crew of the Good Ship Corrugated set off into the black in search of excitement and adventure. But what they bring back will change our world forever...

Are you a wage slave?As children we can’t help but dream of all of the amazing things that we will accomplish. Then life happens. We get a job, we get a house, and we get into debt. We settle.We trade away our youth, for security in old age. W...

After accidentally killing a leprechaun, Steve and Jeff are beset upon by a legion of tiny emerald fellows, insistent on turning Steve's house into their new leprecolony. But things aren't all bad, because each of those leprechauns poops pure gold...

Seven separate stories, each one a mash-up of literary, theatrical, television or motion picture classics, sometimes spanning the genres to humorous effect. Parodied here are the works of Cervantes and Steinbeck, Hemingway, Fleming, Haley and severa...