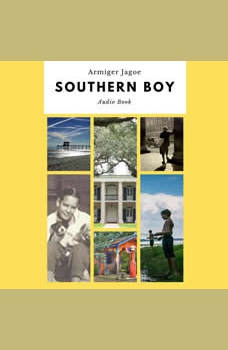 This book is a love story, as much like poetry as prose. It is filled with Jay Jagoe's love for Gulfport, the Mississippi Gulf Coast, his family, his friends, and the servants. Jay tells his story like you were sitting on the front porch of his home looking out into the Gulf while listening to his recollections of the people and events of his early life. He lets you into his heart in a way not many people do. With Gulfport now gone by the destruction from Katrina it is especially valuable to have Jay's picture of life there in the 1920s and 30s.

You will be struck by Jay's gentle storytelling about the depth of connection between blacks and whites in the South and how much black friends contributed to his life. You will learn his deepest secret of the mummy he kept in the attic. This is a book well worth reading to know a place and a time which were unique and special and sadly have disappeared. Thank God that through Jay's eyes and writing we have a way to hold onto the sacred past. I do hope in our future as a country we will at some time be able to recreate and bring back into America the love and principles that Jay captures in describing his life in Gulfport.