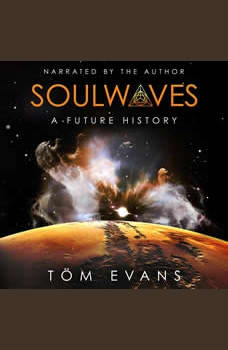 Soulwaves is a metaphysical and cosmological adventure across space and time.

If you’ve ever wondered where we are heading, this book explores a possible near-future for humanity, and the Earth.

If you’ve ever wondered where we came from, be prepared to turn your thinking on its head.

If you’ve ever wondered if anyone is pulling your strings, this book will make you think again about chance encounters or serendipities in your life.

If you’ve ever suspected you are part of something bigger than you can imagine, this book is for you.

Soulwaves are the missing dark energy and dark matter that cosmologists can’t find. They bond people to people, moons to planets, planets to stars and stars to other stars to form galaxies.

Soulwaves are also integral to the cycle of life and death.

When this book proper begins in 2059, China has become the predominant force on the world stage. You will discover that events on planet Earth, and all other sentient planets, are nano-managed by greater and even more pervasive forces.