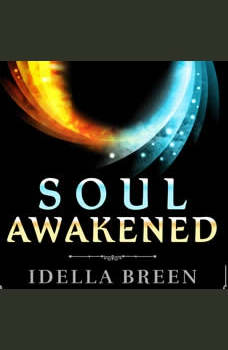 Knock one down and another takes his place…

An old enemy has risen from the fallen vampires and is looking for revenge. Cait and Snow's bond will be tested once more as they race against time to stop the threat of another war. Friends are made in unlikely places and new abilities awakened.

Will love conquer all? Or will they fall to this new threat?

Find out in Soul Awakened, the sequel to Blood Bound.