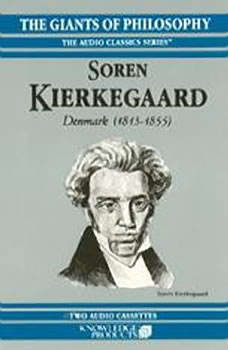 For Kierkegaard, truth is a subjective reality which we must live, not simply something to consider and discuss. His selfconsciousness and selfexamination highlight the practical demands of existence, and he opposes the speculative thinking of philosophical idealists (especially Hegel). Kierkegaard urges the reader to commit to make choices about how to live. In Either/Or, he concentrates on sensual indulgence versus duty, the avant garde versus tradition. Fear & Trembling dramatically distinguishes between ethical and religious existence, based on the biblical story of Abraham. We must choose to be a "knight of infinite resignation" (giving up hope for this life). Kierkegaard says much of life's meaning depends not on external conditions, but on our internal choices about relating to them. Kierkegaard urges us to live with purpose, to see life as an intentional act rather than a series of meaningless events. Our task is not knowing but doing, not understanding but living. He criticizes intellectualism and escapism in favor of believing and committing. In Sickness Unto Death, Kierkegaard diagnoses a spiritual disease throughout society: despair. We are estranged from the source of our very being as we try to escape the moral responsibility of the self. We must decide whether or not to embrace faith in "paradoxical religion," even if its teachings offend our reason.