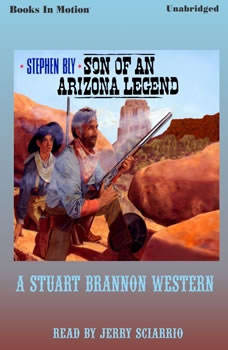 Son Of An Arizona Legend

Stuart Brannon's fortieth Birthday party turns into a real surprise with the arrival of an unexpected guest--a twelve year-old son he never knew he had! The boy also brings sad news that his mother, whom Brannon had befriended at Broken Arrow Crossing, is