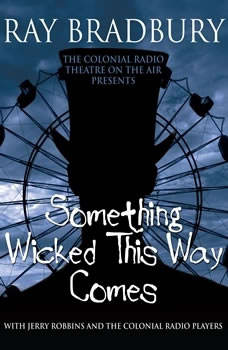 Something Wicked This Way Comes

Ray Bradbury has dramatized his literary classic, Something Wicked This Way Comes, into this first-class audio drama, produced by The Colonial Radio Theatre on the Air, complete with a full cast, sound effects, and original music. “Cooger and Dark’s Pandemonium Shadow Show” comes to Greentown, Illinois, one week before Halloween. Two boys, Jim Nightshade and Will Halloway, soon discover the evil of this carnival, which promises to make your every wish and dream come true. But with those wishes and dreams comes a price that must be paid. Behind the mirrors and the mazes is the nightmare of a lifetime.