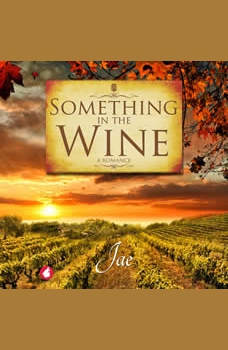 Something in the Wine

All her life, Annie Prideaux has suffered through her brother’s constant practical jokes. But Jake’s last joke is one too many, she decides when he sets her up on a blind date with his friend Drew—neglecting to tell his straight sister one tiny detail: her date is not a man, but a lesbian.

Annie and Drew decide it’s time to turn the tables on Jake by pretending to fall in love with each other.

At first glance, they have nothing in common. Disillusioned with love, Annie focuses on books, her cat, and her work as an accountant while Drew, more confident and outgoing, owns a dog and spends most of her time working in her beloved vineyard.

Only their common goal to take revenge on Jake unites them. But what starts as a table-turning game soon turns Annie’s and Drew’s lives upside down as the lines between pretending and reality begin to blur.

Something in the Wine is a story about love, friendship, and coming to terms with what it means to be yourself.