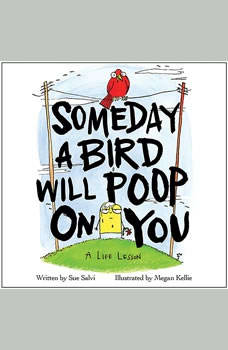 Someday a Bird Will Poop on You: A Life Lesson

A little book with a big message...... when life hits us with a splatSomeday a bird will poop on all of us.But that's okay. In a world of bad news, fake news, delays, disappointments, trash talk, and tweets, things are bound to get a little poopy.What matters is not how big the mess is--but how well you react to it.Someday a Bird Will Poop on You is a modern parable about life hitting us with something unexpected--and the perfect gift for anyone leaving home without an umbrella.