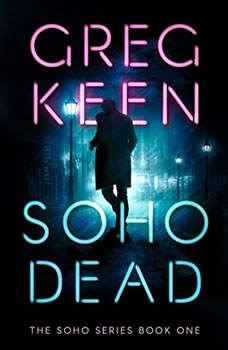 Kenny Gabriel is three years away from turning sixty, has forty-three quid in the bank and is occasionally employed to find people who would rather not be found. Broke, clientless and depressed, he knows things can’t get much worse. Then he’s summoned to the office of London media magnate Frank Parr, whose daughter, Harry, is missing—and there’s ten grand on the table to get her back.It’s a lot of money, and God knows Kenny needs the cash. But he and Frank have a history he’d rather not revisit. Kenny worked for him in the seventies, when Frank was the head of a Soho magazine empire and owner of an infamous nightclub. And Kenny might still be working for Frank now—if he hadn’t witnessed his boss brutally torturing another employee.Kenny suspects taking this job is a mistake, and he’s probably right. Because while he may be done with the past, the past is far from done with him.