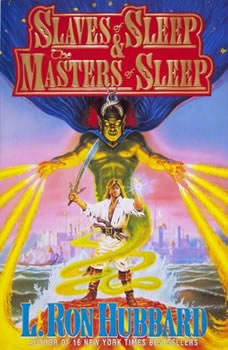 Slaves of Sleep is an L. Ron Hubbard tale of parallel worlds?one of the first in modern fantasy. Cursed with "eternal wakefulness," and imprisoned for a crime he didn't commit, Jan Palmer is living in two worlds. On Earth, he is a prisoner, and in the land of the Jinn, he is "Tiger," the swashbuckling rogue?but in both, he faces death at every turn. Cast: Rene Auberjonois