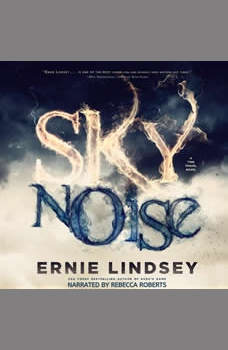 In 1587, over one hundred colonists, desperate for a better life in the new world, disappear without a trace from a settlement on tiny Roanoke Island, just off the coast of North Carolina.

And now, in the present day, deafening, unearthly wails are being heard in the sky all over the world, with no apparent physical origin.

Where are they coming from? What do they mean?

To Helen Weils, bestselling author and respected academic, history is a realm of observable facts, each one carefully weighed and inspected.

So when she encounters Chip Sledd, a conspiracy theorist who insists there's an unimaginable connection between the disappearance of the colonists in 1587 and the strange noises in the sky, she's quick to dismiss his theories as the irrational ramblings of a lunatic.

But when black-suited agents begin relentlessly stalking her and Chip...

Helen soon realizes that the past is a lot more flexible than she ever thought possible -- and seeking the truth sometimes means accepting the strangest theory of them all.