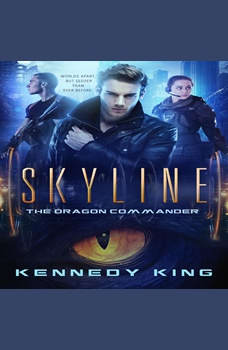 Fight to save the one you love…or watch the world you know destroyed by the AI designed to protect it?

Major General Christopher Droan is no stranger to a dramatic crises. But after surviving a traumatic past haunted by deep rooted scars and lingering questions about his father’s distrust for technology, he’s ready to embrace being assigned to a desk job.

If only things were so simple…the calm doesn’t last long as tragedy strikes Precinct 117 in Shanghai.

The AI units designed to partner with the police have turned on their human masters and Droan and his team are deployed to protect humankind and find out what caused the change in the robot’s beta personality matrix.

As panic and terror break loose across Earth and Mars and the SkyLine that connects them, Droan’s fiance Sheeba begins experiencing hallucinations of creatures so terrifying it could change the face of the world forever.

What started as a crisis has turned into a full-scale, inner-planetary life and death fight for humanity.

Will it be victory? Or will life end in total destruction?

This is the first instalment of the ongoing series, SkyLine. This book is intended for a young adult to adult readers. It contains some graphic violence and sexual content.

Book 2: The Captain, The Billionaire Boat and The Dragon Crusader