Sarah came to the prairie from Maine to marry Papa. But that summer, a drought turned the land dry and brown. Fires swept across the fields and coyotes came to the well in search of water. So Sarah took Anna and Caleb back east, where they would be safe. Papa stayed behind. He would not leave his land.Maine was beautiful, but Anna missed home, and Papa. And as the weeks went by, she began to wonder what would happen if the rains never came. Would she and Caleb and Sarah and Papa ever be a family again? 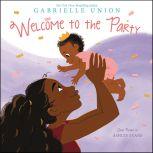 Welcome to the Party
by Gabrielle Union

Inspired by the eagerly awaited birth of her daughter, Kaavia James Union Wade, New York Times bestselling author and award-winning actress Gabrielle Union pens a festive and universal love letter from parents to little ones, perfect for welcoming a...

The third book in the series that began with the Newbery Medal–winning Sarah, Plain and Tall by Patricia MacLachlan. This audio edition is narrated by Glenn Close.Anna has done something terrible. She has given me a journal to fill."It's your... 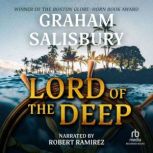 Lord of the Deep
by Graham Salisbury

ALA Book Award winner Graham Salisbury writes dramatic stories for young adult readers. One of the most critically acclaimed books of 2001, Lord of the Deep is a vivid fishing adventure that takes place off of the great blue island of Hawaii. Since ... 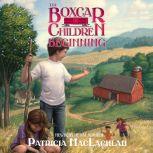 Before they were the Boxcar Children, Henry, Jessie, Violet, and Benny Alden lived with their parents on Fair Meadow Farm. 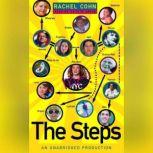 The Steps
by Rachel Cohn

Twelve-year-old Annabel thought Christmas break was going to be amazing. She’d planned to stay home in New York City with her best friend and do traditional things like go ice-skating in Rockefeller Center, hit the after-Christmas sale at Bl... 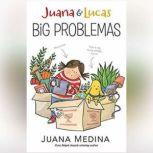 When her mami meets someone new, Juana worries that everything will change in a humorous, heartwarming follow-up to the Pura Belpré Award–winning Juana & Lucas.Juana’s life is just about perfect. She lives in the beautiful city...

The third book in the series that began with the Newbery Medal–winning Sarah, Plain and Tall by Patricia MacLachlan. This audio edition is narrated by Glenn Close.Anna has done something terrible. She has given me a journal to fill."It's your... 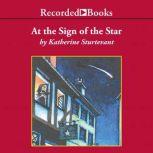 At the Sign of the Star
by Katherine Sturtevant

In 1677, 12-year-old Meg loves working with her widowed father in his London bookshop. When she grows up, she will inherit the shop. Then she will be independent and can choose her own husband. But her father remarries, and Meg's plans are suddenly ...