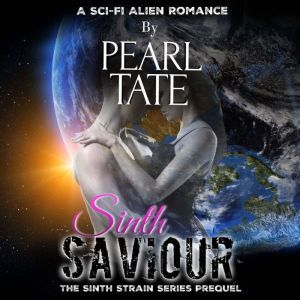 Welcome to the Prequel of The Sinth Strain Series. A Sci-Fi Alien Romance.

Amy - I've had it with Brad. If bad relationship after bad relationship has taught me anything, it's how to recognize when I'm not happy. It's time to move on! I feel better with that decided, but I can't give him a chance to convince me otherwise. That's why I have no intention of telling him before he leaves or giving him a chance to convince me to relocate for his new job with him. No way. Not. Happening.Staying in my car at Yosemite overnight seems like an ideal plan. Until the strange, teal light illuminates my car, and I wake up in a cage with three other people. Everything outside the window is pink and red on the planet, and I don't feel very well ...

Mavin - I'm assigned to this boring planet after a mishap with early reporting, but it doesn't have to be all by the book—all the time. I'll never get out of here to discover new things if I don't follow my gut and take some chances. It's not like my superiors can ground me anywhere worse. With that in mind, I'll check the feeding stations on Teleplay exactly where I want. I can't explain why I feel as though I'm being pulled to this building ... as if there's something demanding my attention and waiting to be discovered. When I stumble across some contraband species, my premonition makes more sense. But what isn't as clear, is why despite the Wen virus racing through their bodies, the female of the species calls to me on a primal level I don't understand ... and she can see me. After reporting them, can I leave her here to die if there's even the remotest possibility she could be my mate?

PLEASE NOTE: This SciFi Romance alien book contains Adult Language and Steamy Adult Bedroom Scenes. It is intended for 18+ Readers & Adults Only.It's part of a science fiction romance series but can be read as a standalone story with no cliffhangers!