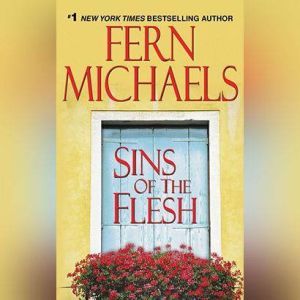 Sins of the Flesh

When Reuben Tarz and Daniel Bishop met, they were hardly more than boys, brought together by their connection to beautiful, worldly Marchioness Michelene Fonsard, known to all as Madame Mickey. Twenty years later, Reuben is a Hollywood mogul and Daniel has become a renowned Washington D.C. lawyer. Life has rewarded both with riches, success, and beautiful wives, if not always contentment.Out of the blue, an urgent telephone call from Mickey summons Daniel to France to rescue Philippe, the son Reuben never knew existed, and bring him to America. Philippe’s arrival will be the catalyst that changes everything—unearthing old secrets and betrayals and forging surprising new bonds. And with each revelation comes that rarest of gifts: a chance to learn from the sins of the past and forge a path to happiness at last…“A tale of love and intrigue.” —Library Journal“Engaging…compelling…as polished as they come.” —Publishers Weekly