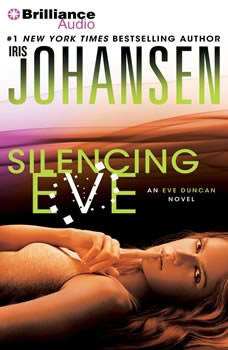 When it comes to Eve Duncan, never say never. . . . Is she dead or alive? That is the question on everybody’s lips. Eve appears to have been the victim of James Doane, the psychopath who kidnapped her and forced her to use her skills as a forensic sculptor to reconstruct the skull of his depraved son. That’s what everyone attending her funeral thinks, at least. But not even some of her top-brass colleagues know for sure whether her death is a hoax—a way to ensnare her brutal captor once and for all. But even if Eve really is still alive, how much longer can this charade continue before she falls into even greater danger? CIA agent Catherine Ling will waste no time trying to find out. Years ago, Eve risked everything to help Catherine find her missing son. Now Catherine, along with Eve’s beloved Joe Quinn and Jane MacGuire, will go to the ends of the earth to save her.