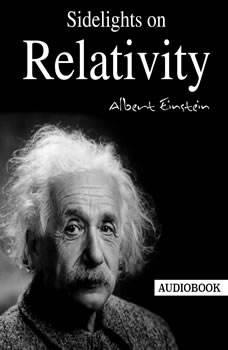 Sidelights on Relativity contains Ether and The Theory of Relativity, an address delivered on May 5th, 1920, in the University of Leyden; and Geometry and Experience, an expanded form of an address to the Prussian Academy of Sciences in Berlin on January 27th, 1921. Written clearly and concisely, these lectures are a fascinating audiobook for both scientist and layman. About the Author Albert Einstein (1879 1955) was born in Germany and became an American citizen in 1940. A world-famous theoretical physicist, he was awarded the 1921 Nobel Prize for Physics and is renowned for his Theory of Relativity. In addition to his scientific work, Einstein was an influential humanist who spoke widely about politics, ethics, and social causes. After leaving Europe, Einstein taught at Princeton University. His theories were instrumental in shaping the atomic age.