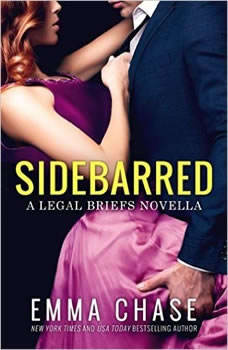 Join Jake and Chelsea, Stanton and Sofia, Brent and Kennedy as they navigate the hilarious and heartwarming hurdles of love, life, and the law in this final addition to the Legal Briefs series.There was a time when Jake Becker had it all together. He was controlled, driven, ruthless—in and out of the courtroom. Then, six irresistible orphans and their heartbreakingly beautiful aunt crashed into his perfectly ordered life. They changed everything. They changed him. Now he’s a husband, an upstanding member of society, a father figure—a family man. And he’s pretty damn good at it. Sure, he has to referee sibling smackdowns, re-learn algebra, ensure his clients stay of jail, and keep his wife happy—but it finally feels like he’s got it together again.... So, of course something has to screw it all up. It’s huge. Life-changing. Kind of terrifying. And it will be the most amazing, perfect thing he’ll ever do.