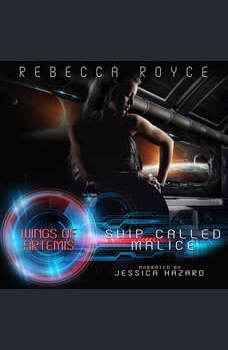 Saved from a wife auction that would have left her at the mercy of a madman, Priscilla wakes up married to three space pirates on a ship called Malice. They are rough but honorable men who carry secrets and years of pain. Priscilla isn’t sure how she will fit in their life.

River, Jordan, and Bo have made their way alone in the universe for twenty years. They know the young woman with them now is new to their world so they offer her an option—three weeks to get to know them and want to stay or they will let her go. They will find love or part, never to see each other again.

Warning: This is a stand-alone story in the Wings of Artemis series that does not fall within the overall storyline of the world. It can be read on its own. Reverse Harem, Intense.