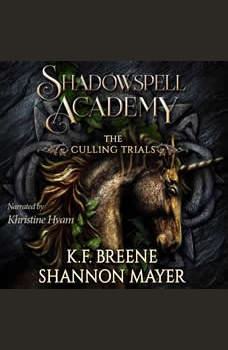 You don't choose the academy. The academy chooses you.

The last of the Culling Trials is here. I foolishly thought I'd survived the worst. My team is falling to pieces around me, and my heart is shattered for the losses I've endured. But I can't stop when I'm so close to the end. There are too many people depending on me.

I foolishly thought there wasn't much more I could lose...until the nature of my bloodline comes to light. I'm not who I thought I was. Not what anyone thought I was. But to tell people the truth would be to kill us all.

To fail the trials will mean death, but to succeed might damn me for life.