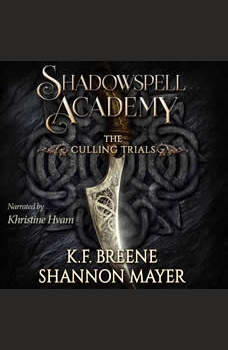 "This book is Harry Potter meets the Hunger Games in a bold twist on a classic magical young adult adventure."

Being accepted into an elite school of magic, monsters, and assassins was not my idea of higher education. But here I am, fighting my way through the Culling Trials to claim my right to be taught.

As if the gauntlet-type physical and mental tests aren’t enough, people are going missing.

People that are my friends.

In a dangerous world where no one is as they seem, the golden rule is simple: Trust no one. They think we should just look out for ourselves. That we should leave the fallen behind and ask no questions.

They clearly think we’re idiots. I got this far by trusting my instincts, and I’m not going to back down now.

Those kids won’t be left to die.

Not on my watch.