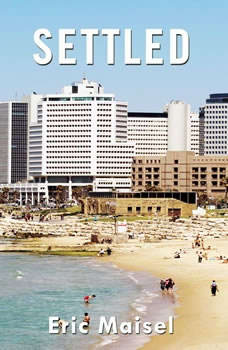 What would happen if Israelis moved en masse to a location where their children could grow up in peace and prosperity? And what if Jews from around the world began to join them? Could a single man create this historic exodus? How would the world react? What forces might be unleashed as the idea of a second Israel begins to take hold?Follow David Cohen from the moment he survives a suicide bombing in Jerusalem to the fateful day when he sets foot onto the island that will become New Israel. Live the epic adventure that may foreshadow world headlines. Settled is more than a novel about Israel and the Jews; it examines how a lone individual can make a difference. In a world where untold millions are wondering why there isn't more to life, Settled provides a blueprint for individual engagement. It announces to readers that although creating a second Israel may not be among your important life purposes, what is?On one hand, Settled is an odyssey of adventure, chronicling the creation of a second Israel. At the same time, it is a novel of life purpose and meaning. Settled happens to be about Israel and the Jews, but it is fundamentally about how we can all live in the twenty-first century, create our own meaning, and decide on our own life purposes.