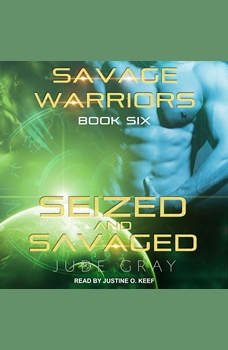 Bran There are worse ways to make a living than traveling the worlds killing men. Especially if you're a woman with a grudge and a gift. Like me. I am part of the Zyrnx, but apart from them, as well. They believe in rescuing slaves. I believe in killing slave masters. I am not a savior of helpless victims-I am a killer of monsters. But as Taal says, sometimes I see a monster where a man stands. And the monster I have come to kill, he believes we are fated mates. Lifemates. Born for each other. I do not believe in such things. I believe in sex, fighting, and death-not love. Or maybe just not love for-or from-me. Gael I've been waiting for this female my entire life. She's mine. I'm hers. Simple as that. Contains mature themes.