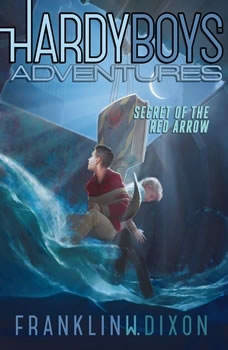 Secret of the Red Arrow

Something is not right in Bayport.After a series of&#160;unfortunate (yet harmless) pranks, it looks&#160;like Frank and Joe have caught their suspect surprisingly early. Their&#160;classmate Seth Diller has taken his love of filmmaking a bit too far.&#160;But shortly after Frank and Joe confront Seth, there are fresh&#160;outbreaks of Seth-like pranks. Except these aren&rsquo;t as harmless.&#160;After a bit of investigating, the Hardy Boys uncover evidence&#160;of the Red Arrow &mdash; a group that will stop&#160;at nothing to bring chaos and crime to Bayport&rsquo;s peaceful existence.In the most dangerous case they have ever taken on, it&rsquo;s up to Frank and Joe to find the Red Arrow&#160;&mdash; before it finds them first.