An Ancient Evil is stirring in the Darkness of Space.

An enormous army of mysterious supernatural Leviathan is marching across the galaxies taking entire planets captive.

Lonan fears that there is no hope and that his home will be next. In order to protect his family and people from this evil empire he sets out to find answers.

What he finds is that his people are stuck in the middle of an ancient hidden battle between warrior angles and demons.

Buy a copy today and follow Lonan on his journey as the hidden battle is revealed.

What are people saying about the Seberian series?

“Angels, demons and sci-fi. A great story that surprisingly brings two awesome subjects together in something that totally works.”

“A successful blending of Science Fiction, Supernatural, Spiritual Warfare with Angels and Demons is a Space Opera Setting. I was very captivated by this novel and really loved it. I look forward to more of what this author has to offer…”

“The author J.R. Dahl has done a fantastic job at creating a futuristic world on par with ‘The Lord of the Rings’”.

“This book was utterly thrilling…  Incredible fast-paced little sci-fi book with Spaceships, Marines, Angels, Demons and a love story. What's not to like?”

Angels and Demons in Space.

NOTE FROM THE AUTHOR: This story is classified as Christian Science Fiction or Christian Fantasy. It's a clean story that does not have any swearing or explicit sex.

It does, however, have angels and demons fighting and cutting each other’s heads off. One awesome thing is the fact that it actually has a message of non-violence, yet there are still battles… you’ll have to read it to understand that.

I hope you check it out. 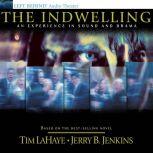 The Indwelling
by Tim LaHaye

Even though Nicolae Carpathia is dead, the intense action continues! The question remains, though, who killed the Antichrist? Who is the one responsible for his death?In The Indwelling, the second half of the seven-year Tribulation period comes to p... 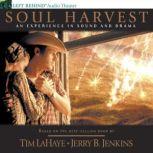 After a devastating earthquake sends the world into chaos, Nicolae Carpathia institutes a worldwide rebuilding campaign in an effort to restore order and control. His rage increases exponentially when he hears that an evangelistic effort has succeed... 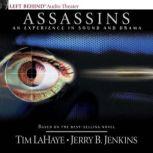 Assassins takes place in the middle of the seven-year Tribulation, with Nicolae Carpathia still in power. However, when Carpathia is assassinated, the world is thrown into chaos.What will happen to the Tribulation Force? How will the politics of the...