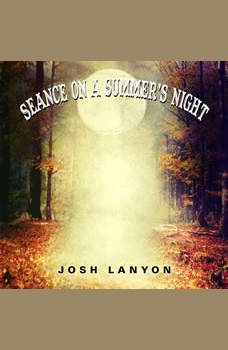 Seance on a Summer's Night

Theater critic Artemus Bancroft isn’t sure what to expect when his aunt summons him home to California with vague but urgent pleas about being unable to cope with “the situation.”

The situation turns out to be the apparent haunting of Green Lanterns Inn—along with alarming rumors that long-suffering Auntie Halcyone may have murdered her philandering husband.

In fact, the rumors seem to have been started by the late Mr. Hyde himself—from beyond the grave.