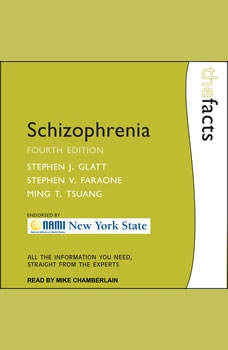 Schizophrenia is one of the most traumatic psychiatric disorders, both for the affected person and their family. It also carries an unfortunate stigma and suffers from frequent misinterpretation by the popular media. The disorder usually manifests itself through significant periods of hallucinations, bizarre delusions, and disorganized behavior, but the individuals who suffer from this brain disorder are not generally violent, and do have periods of remission. However it is often difficult for these individuals to maintain a regular lifestyle and relationships at home and at work, and many individuals with schizophrenia end up unable to live independently or, worse, homeless. This new edition in the popular Facts series provides a concise and up-to-date account of the underlying causes and symptoms of schizophrenia, as well as current theories about the disorder. The authors look at all the current treatment options, both medical and psychological, together with likely side-effects and the problem of compliance with treatment. The role of the family and the community in caring for individuals with schizophrenia is also considered.

How to Battle Depression and Suicidal Thoughts
by Ray Comfort

Depression and suicide aren’t just a worldwide epidemic, they also hit home. With over 350 million people suffering from depression and an estimated 1 million Americans attempting suicide each year, most of us have been affected by this terrib...