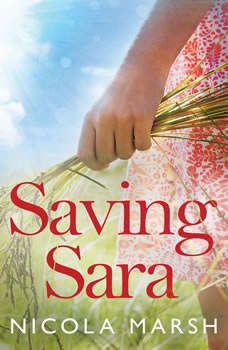 When Sara Hardy inherits a cottage in the small town of Redemption, Connecticut, it is just the break she needs to draw a line under her past—to begin again, on her own.Sara never thought she’d be starting over. She was married, successful, and the mother of a beautiful girl. But the life she thought was on the right path has taken a series of wrong turns…Meanwhile Jake Mathieson has a lot on his plate. Still reeling from a tragedy for which he feels responsible, he finds himself unexpectedly caring for his six-year-old nephew. In desperation, he comes to Redemption to enlist the help of his Aunt Cilla, a widow with demons of her own.Jake is intrigued by Cilla’s cautious new neighbor. Like him, Sara is desperate to put the past behind her but not quite sure how to begin. Can Redemption offer either of them a second chance to find hope and happiness—perhaps even to take a risk on new love?