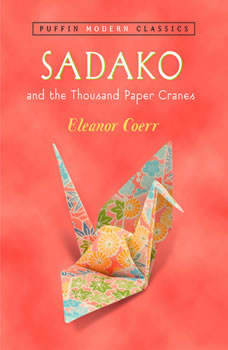 The star of her school’s running team, Sadako is lively and athletic…until the dizzy spells start. Then she must face the hardest race of her life—the race against time. Based on a true story, Sadako and the Thousand Paper Cranes celebrates the courage that makes one young woman a heroine in Japan.


"[The] story speaks directly to young readers of the tragedy of Sadako's death and, in its simplicity, makes a universal statement for 'peace in the world.” —The Horn Book

"The story is told tenderly but with neither a morbid nor a sentimental tone: it is direct and touching."  —BCCB

Young-sup and Kee-sup, two brothers living in Korea, can't wait for the New Year kite competition. But when the brothers decide to work together in the competition, disagreements arise. Young-sup is a better flyer, yet tradition demands that the fir...

My Freedom Trip
by Frances Park

Frances and Ginger Park, authors of both children's books and young adult novels, based this inspiring and deeply affecting tale on their own mother's childhood. Winner of the International Reading Association Award, My Freedom Trip features a coura...