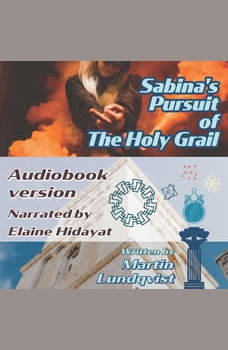 Sabina's Pursuit of the Holy Grail

Being reborn in the 21st century, Sabina must stop the apocalypse from happening in the 29th.

Sabina is a gifted 18-year-old girl living in Sydney in the year 2037. She carries a unique secret that she used to be the Chosen One, who failed to stop the apocalypse from occurring in the year 2887. As she died, she asked The True Maker to let her be reborn in 2019 and to keep her powers.

After narrowly escaping being raped by the spoiled brat Joshua Harkins, Sabina has an epiphany: That it is time for her to set out on her mission to find the Primordial Zeto Crystal, also known as the Holy Grail.

Her quest takes her to Jerusalem where evil men are after the Holy Grail for their own nefarious purposes. Facing the conspirators, Sabina sets out on a dangerous journey to find and purify the magical artefact and stop it from falling into the wrong hands.

But stopping evil is not an easy task, and what sacrifices must Sabina make to reach her goal, and will she be able to retain her innocence throughout the ordeal?