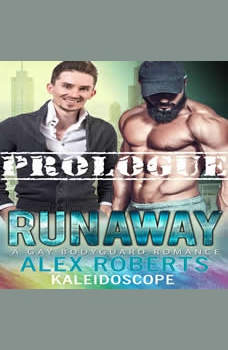 Young, inexperienced billionaire Eric Dendall is only twenty-three, but he's lived a sheltered life, closing himself away from the world. When he gets a diagnosis and a short life expectancy, he breaks out of his shell of luxury and goes out on the hunt to find someone to give him that intimate experience. While on his journey his 'stubble jawed hero' comes to his rescue. But is Josiah really just being kind?

Or does he have other motives? Eric can't tell past those gorgeous gray eyes.

Ex-military man and bar owner Josiah Durvoy has been through it all and has the cuts to prove it. Retired from his bodyguard gig, his old boss calls him up for a quick favor. Now he has a new mission; to protect Eric and do so secretly. While juggling his club and watching after Eric, sparks fly, and it leads to insurmountable amounts of heat. With the scars of a past relationship still haunting him, will he be able to see Josiah for who he is without the smoke screen of old pain?

Out free in the wild world that Eric plans to explore, he comes across many things that tease his delight and curiosity.

But when secrets reveal themselves will Josiah really be able to protect him and return Eric to his older brother in one piece? Or will Eric leave both of them high and dry?