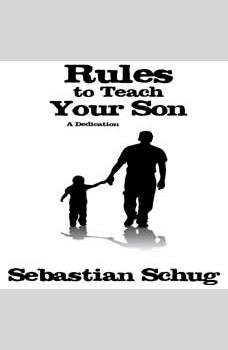 Rules to Teach Your Son: A Dedication

Whether or not you happen to be a parent, there’s still so much to teach, and even more importantly, so much to learn as a result! "Rules to Teach Your Son" serves as a child-friendly, concise and effective guide to doing just that and more!